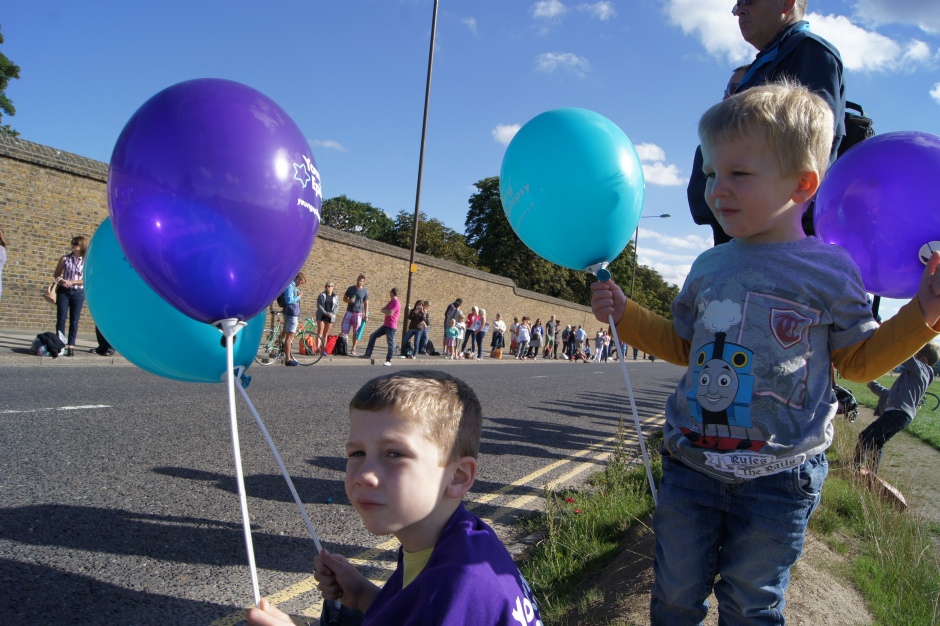 We think Bam’s seizures are back. I’m saying we think because it’s not the drop down seizures, it’s the focal seizures, the ones where he zones out for 30 seconds several times a day…

So we have been back to see the consultant…she has referred us for another EEG. This time though it’s an ambulatory EEG so he’ll have to have wires on his head and a machine with him for 24 hours. It’s great that it’ll be able to monitor his seizure activity on a normal average day but I know he won’t think like that. He’ll think ‘why do I have to have a machine attached to me?’ ‘I can’t have a shower’ ‘I can’t sleep’…..’why do I have epilepsy’

Bam makes me proud, he’ll deal with the EEG next week in the most amazing inspiring way, just has he has dealt with them in the past and will again in the future. For somebody so young, he is an inspiring young chap. He has an abundance of energy and puts 100% into everything that he does.

In his world his epilepsy has always been a part of him. He was four and a half when he was diagnosed so he doesn’t really remember a time without epilepsy. He’s always been very keen to learn more about his seizures and is passionate about helping other people with epilepsy. He was my number one supporter at the run I took part in for Young Epilepsy) and has future aspirations of becoming a doctor so he can help people with epilepsy. Good plan Bam!

There are lots of inspiring young ladies and men out there living with epilepsy every day. That’s why I was so pleased to hear about the Young Epilepsy awards. If you would like to nominate somebody there’s still time!

More information can be found on the Young Epilepsy website

2 thoughts on “My inspiration”